We've been fighting for a better, fairer Britain for over 100 years. Discover some of our most profound achievements and greatest legacies.

The Labour Party has always been about people. It was formed to give ordinary people a voice and has sought power in order to improve their lives. The fruits of this work have changed Britain for the better, through the most progressive governments in our country’s history.

Ours is a proud history, with achievements – from the NHS to the minimum wage– that have made a lasting difference to the lives of people across our country. 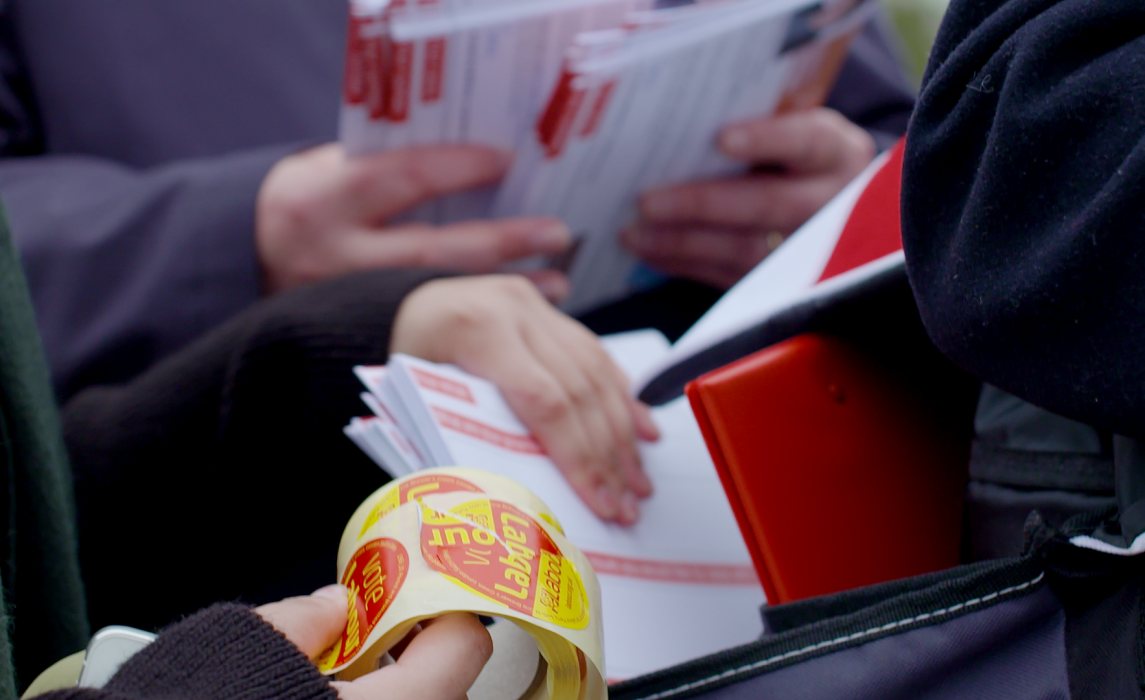 A new Party for a new century

The Labour Party was created in 1900: a new party for a new century. Its formation was the result of many years of struggle by working class people, trade unionists and socialists, united by the goal of working class voices represented in British Parliament.

It was this aim that united Keir Hardie and the colleagues who gathered for the famous inaugural meeting of the Labour Representation Committee at London’s Memorial Hall in February 1900. Ignored by the Tories and disillusioned with the Liberals, they gathered together to push for change.

This is our legacy – and you’re our future.

Labour’s history is full of achievements, and we know we’ve got plenty more to come. So be a part of making it happen. Sign up to find out how.

Early years and into government

Slowly but surely, the Party grew. The first election campaign in 1906 saw 26 MPs elected to Parliament – together they chose Labour as their official name.

That early growth continued, with more MPs elected in the years to follow, leaving Labour well placed to challenge for power by the time of the 1924 election. It was this election which saw the first Labour government in our country’s history with Ramsay MacDonald the Party’s first Prime Minister.

The first Labour government only held office for a short time, but its achievements were notable. Despite having no majority it passed legislation to improve housing, education and social insurance while also addressing unemployment.

The 1924 government lasted only a few months, five years later came the election of the second. Dominated by the world economic crisis, the following two years were focused on action to tackle the unemployment of the Great Depression. It was not an easy Parliament and the 1931 election saw only 52 Labour MPs elected. War, the 1945 Government and onto the future

Fortunately one of those who remained after the 1931 election was Clement Attlee. He became Deputy Leader in 1931, working with a new generation like Ernest Bevin and Hugh Dalton to turn the Party’s fortunes around, before being elected Leader in 1935.

By the end of World War II, the British public were crying out for change. Labour would lead that change.

Our manifesto ‘Let us Face the Future’ laid out a bold vision, pledging to destroy the five ‘evil giants’: want, squalor, disease, ignorance and unemployment. It was a message which captured the imagination of the country and took Clement Attlee into Number 10 on the back of a landslide, winning 393 seats.

But it was the Attlee government’s introduction of the National Health Service which will rightly go down as Labour’s greatest achievement. Spearheaded by Health Secretary, Nye Bevan, the creation of the NHS has transformed our country, removing the anxiety of illness from millions of families. To this day the NHS is a national treasure and Labour will always protect it. The Wilson years and onwards

Despite winning nearly 50 per cent of the vote, Labour lost office in 1951. Attlee was succeeded by Hugh Gaitskell and would not return to power until 1964 under the leadership of Harold Wilson. The Labour governments (1964-70 and 1974-79)  under Wilson and then James Callaghan were marked by a period of great change: the permanent ending of the death penalty, decriminalisation of homosexuality, legislation to outlaw racial discrimination, and the establishment of the Open University.

It was Barbara Castle, our Secretary of State for Employment, who also brought about significant social change, as she introduced the groundbreaking Equal Pay Act of 1970. Once again Labour men and women led the way in modernising and reforming Britain to improve the lives of millions.

The election of 1979 began the wilderness years of opposition. Initially, under Michael Foot, the party began a period of contemplation and ultimately renewal. His successor, Neil Kinnock took on the work of reconstruction, with modernising reforms which would be continued by John Smith who introduced One Member One Vote (OMOV) to further democratise the people’s Party. Tony Blair after winning the 1997 General Election for Labour in a landslide victory.

Following the death of John Smith in 1994, Tony Blair was elected Leader, ushering in the era of New Labour. The reforms introduced in this era – a revitalised policy programme built on Labour values hand-in-hand with a modernised party machinery – would lead to the landslide General Election win of 1997.

After 18 years under the Tory rule, Labour offered the hope of a better Britain. The governments that followed – under Tony Blair then Gordon Brown – brought many of the changes our country desperately needed.

Record investment in the NHS, schools and the police rescued our public services. The introduction of the National Minimum Wage and the New Deal meant more jobs paying a decent wage, while devolution to Scotland, Wales and Northern Ireland put power in people’s hands while peace came to the latter through the landmark Good Friday Agreement.

In power Labour put into practice our values of equality and social justice, introducing Civil Partnerships, the Equality Act, the Human Rights Act and legislating for equality of opportunity for all. We cancelled up to 100 per cent of debt for the world’s poorest countries and brought about the world’s first Climate Change Act. 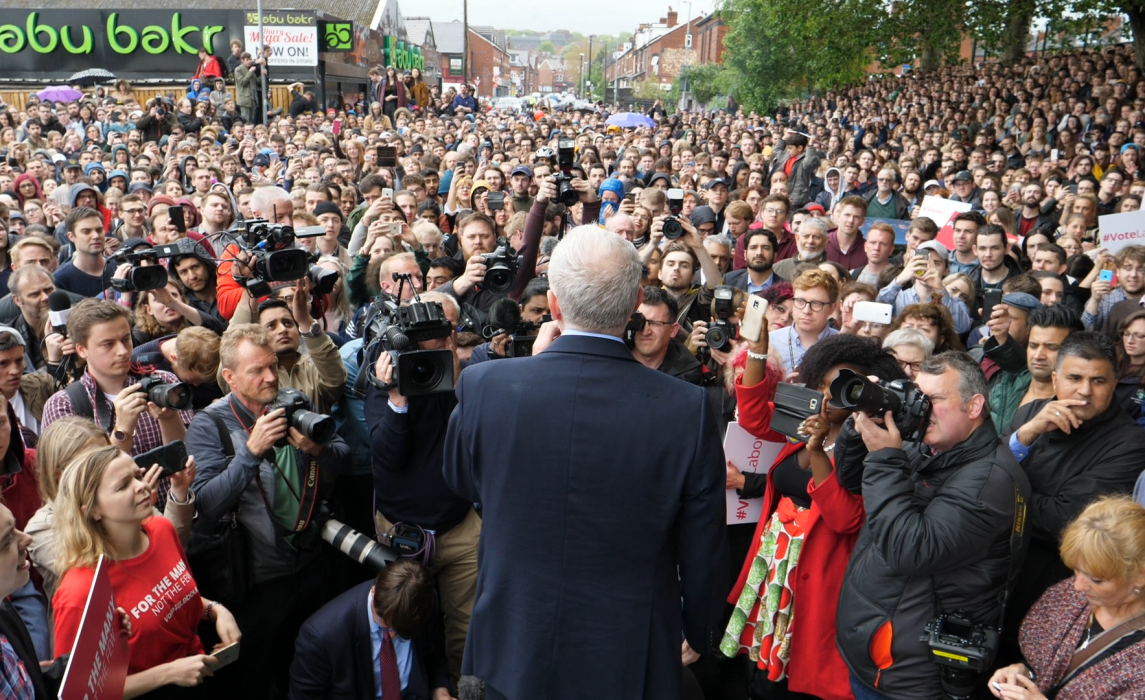 For the many, not the few: 2010, Ed Miliband and Jeremy Corbyn

The late 2000s saw a global economic crisis and for Labour the loss of power at the 2010 election. Faced with a Conservative government which was pressing forward with an austerity agenda, the leadership of Ed Miliband saw Labour prioritise working people and the protection of public services. He also used his period in office to introduce important party democracy reforms.

Following the election of 2015, a change was in the air for Labour. With a bold vision for change, renewal, and a robust anti-austerity agenda, outsider Jeremy Corbyn won the party’s leadership election by a landslide. Under him, the Party tripled in size with new members inspired to join a mass movement for change and the work began on a new transformative policy agenda that takes on the powerful few on behalf of the many.

In the snap election of 2017 the Conservatives expected to be returned with a landslide. B ut with Jeremy Corbyn at the helm and our mass membership campaigning, Labour confounded expectations.

The electorate gave Labour its biggest increase in the share of the vote since 1945, returning 262 MPs, 45 per cent of whom were women, meaning Labour’s 2017 Parliamentary intake had more female MPs than all the other parties combined. Following Labour’s 2019 defeat, Jeremy Corbyn stood down as Leader. Members elected Keir Starmer as the new Leader in April 2020 and he set about the challenge of re-connecting with the British public.

Keir Starmer’s election came in the midst of the global coronavirus pandemic and the UK’s sharpest economic downturn on record. Keir put supporting the NHS and care services and protecting jobs at the centre of his response to the crisis, and used new ways of campaigning to reach out to voters and hear their concerns during lockdown.

I wanted to be the leader of the Labour Party because I believe in our country, I want it to be the best it possibly can be, for everyone in every community. Labour governments have delivered some of Britain’s proudest achievements, like our NHS, and we can do it again. Labour has a mountain to climb. But we will climb it. We will help get the country though the coronavirus crisis and rebuild trust among communities across the UK.
– Keir Starmer, Leader of the Labour Party

Tell your friends and family what we’ve achieved together over the last century. Pass on our shared history now.