Tuesday 3 December 2019 The Latest from Labour

As economists we believe the Labour party deserves to form the next UK government. 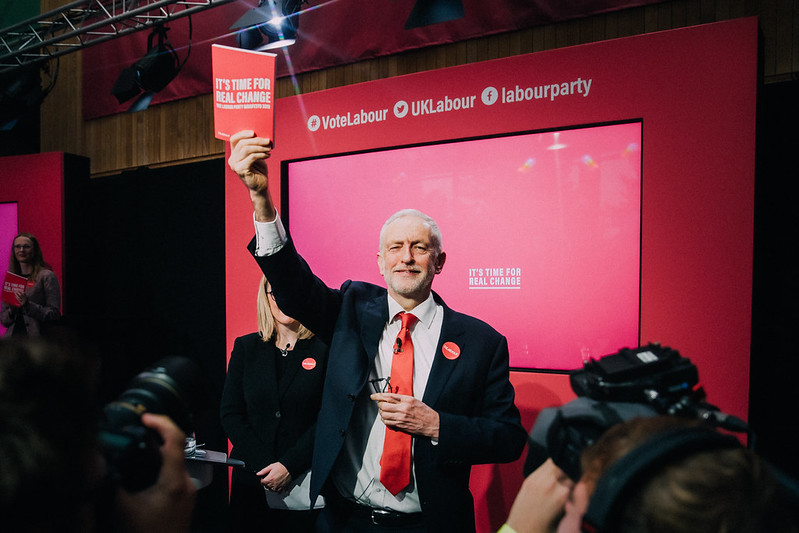 The UK economy needs reform. For too long it has prioritised consumption over investment, short-term financial returns over long-term innovation, rising asset values over rising wages, and deficit reduction over the quality of public services. The results are now plain. We have had ten years of near zero productivity growth. Corporate investment has stagnated. Average earnings are still lower than in 2008. A gulf has arisen between London and the South East and the rest of the country. And public services are under intolerable strain – which the economic costs of a hard Brexit would only make worse. We now moreover face the urgent imperative of acting on the climate and environmental crisis.

Given private sector reluctance, what the UK economy needs is a serious injection of public investment, which can in turn leverage private finance attracted by the expectation of higher demand. Such investment needs to be directed into the large-scale and rapid decarbonisation of energy, transport, housing, industry and farming; the support of innovation- and export- oriented businesses; and public services. It is clear that this will require an active and green industrial strategy, aimed at improving productivity and spreading investment across the country. Experience elsewhere (not least in Germany) suggests a National Investment Bank would greatly help. With long-term real interest rates now negative, it makes basic economic sense for the government to borrow for this, spreading the cost over the generations who will benefit from the assets. As the IMF has acknowledged, when interest payments are low and investment raises economic growth, public debt is sustainable.

At the same time, we need a serious attempt to raise wages and productivity. A higher minimum wage can help do this, alongside tighter regulation of the worst practices in the gig economy. Bringing workers onto company boards and giving them a stake in their companies, as most European countries do in some form, will also help. The UK’s outlier rate of corporation tax can clearly be raised, not least for the highly profitable digital companies.

As economists, and people who work in various fields of economic policy, we have looked closely at the economic prospectuses of the political parties.

It seems clear to us that the Labour Party has not only understood the deep problems we face, but has devised serious proposals for dealing with them. We believe it deserves to form the next government.

Jonathan Aldred Director of Studies in Economics, Emmanuel College, and Faculty of Economics, University of Cambridge

Christopher Cramer Professor of the Political Economy of Development, SOAS, University of London

Daniela Gabor Professor of Economics and Macro-Finance, University of the West of England Bristol

Jostein Hauge Research Associate at the Institute for Manufacturing, University of Cambridge

Annina Kaltenbrunner Associate Professor in the Economics of Globalisation and the International Economy, University of Leeds

Jo Michell Associate Professor of Economics, University of the West of England Bristol

Susan Newman Associate Professor in Economics, University of the West of England

Kate Pickett Professor of Epidemiology, Deputy Director of the Centre for Future Health, University of York

Diego Sanchez-Ancochea Professor of the Political Economy of Development, University of Oxford

Prem Sikka Professor of Accounting and Finance, University of Sheffield

Mehmet Ugur Professor of Economics and Institutions, University of Greenwich

Bhaskar Vira Professor of Political Economy and Head of Department of Geography, University of Cambridge